Artist Books > NO! Signs of Protest

During my participation in local Providence, Rhode Island protests, post- 11.8.16, I became very aware of the power of hand-made signs. Citizens were so moved that they found it necessary to take pen to paper, marker to cardboard and ink to press as a means to formulate, solidify and express their resistance. Beyond that, they were also moved to physically enter a public space to hold said signs. Each mark and each action was meaningful because it took individual effort to make a collective stand.

I wanted to create a book that gave these signs a new life while acting as a recording mechanism for ideas of protest. Therefore, I made a large format sticker book where the viewer is allowed to take a sticker and leave a message – a call and response tactic. 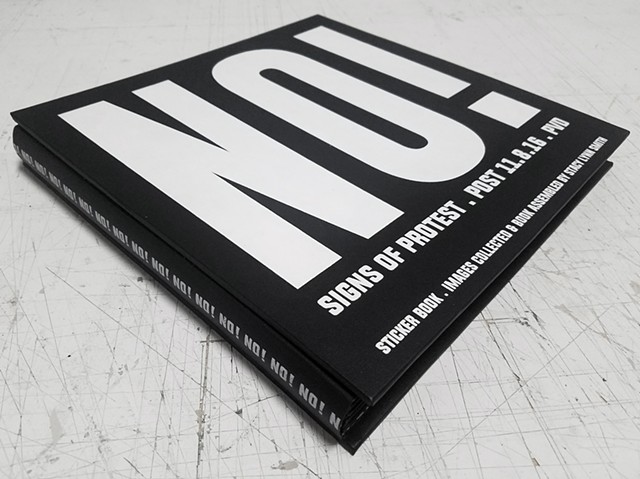 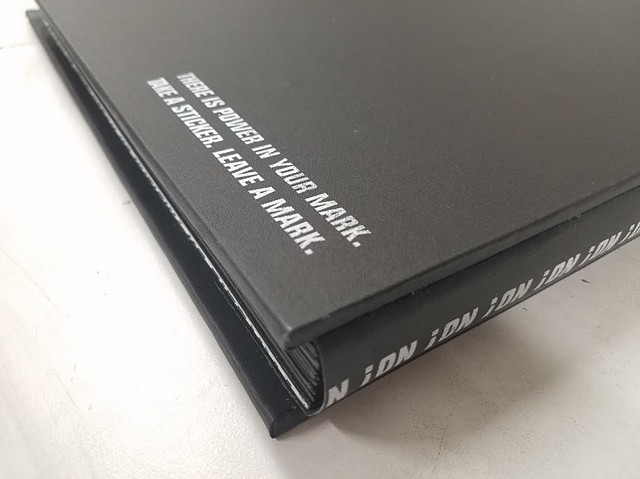 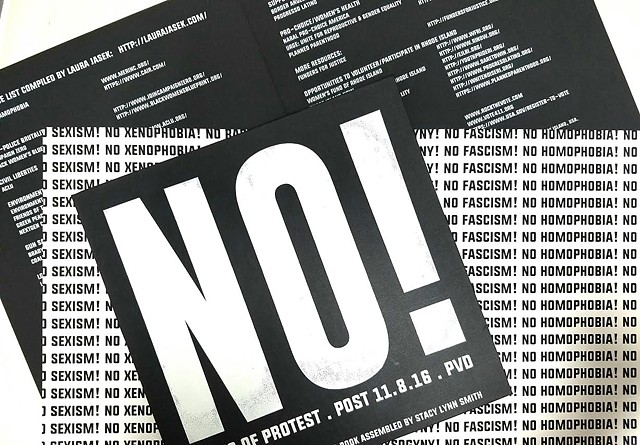